Robert Sherber is known throughout the South Florida music scene and beyond as phenomenal musician. Kevin describes Rob as, "Rock solid! He establishes a perfect pocket and has impressive solo skills on top of that!" Dale agrees, stating, "We are very fortunate to have such an exceptional musician anchoring the band."

Rob is a native Floridian who attended Dillard School of the Arts and played in the school’s prestigious commercial music ensemble alongside blues prodigy Josh Smith. In 2005, Rob became the bassist for legendary TK recording artist Clarence Reid aka Blowfly, contributing to the album "Blowfly’s Punk Rock Party," appearing in the film “The Weird World of Blowfly” and touring with the group until 2010.

After touring, Rob returned to South Florida to earn a Bachelor's of Arts in music and is currently pursuing a Masters degree, both at Florida International University. In addition to his role with SPANK the band, Rob can also be seen performing funk-rock originals with Camel Toe, a Miami-based guitar, bass, drum trio and with Joel Da Silva a nationally touring blues band. 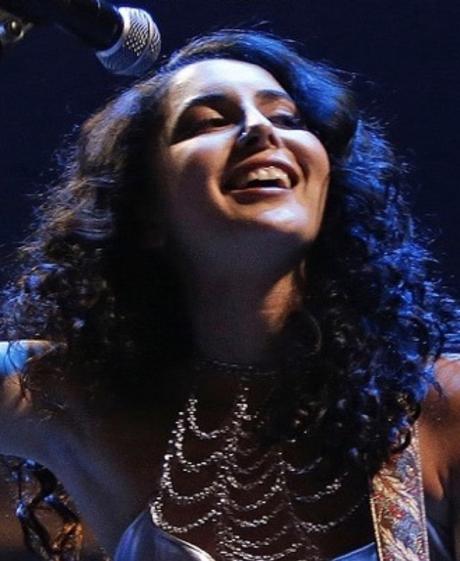 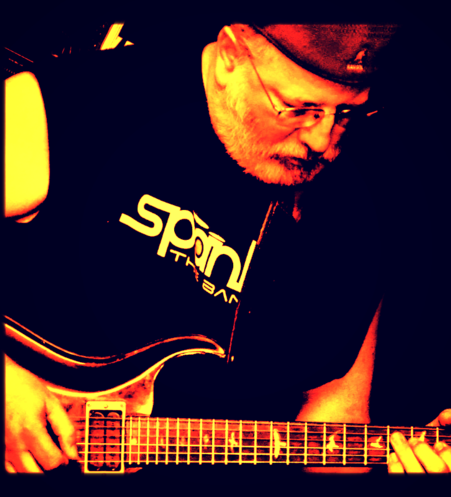 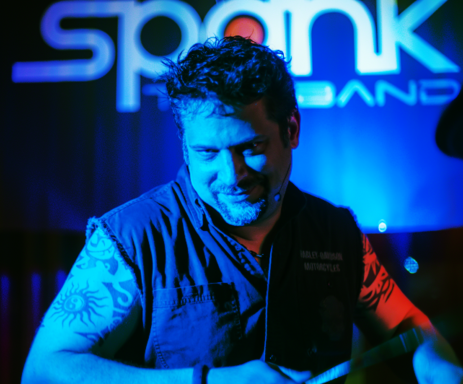 Dale Reed is originally from Canton, Ohio and claims to have fled the northern cold to attend the University of Miami “because it's too damn cold to play the drums barefoot in Ohio”.

Dale started his musical stylings at the age of five and has shared the stage with performers ranging from Chuck Mangione to Lenny Kravitz.

During the day, he is forced to don shoes and serves as the President of a South Florida real estate development firm. If he isn't drumming or working, you'll likely find him with his family, on his Harley Davidson or whistling for fish in the Everglades.​​

How a Fool's Errand became SPANK the band.

“We just need to spank the audience until they call us daddy!” ​That was the solution guitar wielding Kevin Doolittle offered drummer Dale Reed when creating their band and discussing concerns that their ‘look’ was perhaps a few years and a ​few donuts past a ‘trendy group of hearthrobs'.

Of course, "Spanking” is how Doolittle describes the jaw dropping musical experience the band strives to deliver to audiences each time it performs their unique arrangements of rock favorites. (What did you think he meant by spanking??...Get your mind out of the gutter!)
​
​Dale and Kevin first performed together in the ‘90s when the barefoot drummer (Dale Reed) auditioned and played for Kevin Doolittle's original project called Doolittle. Soon after, they formed a cover band called Fool's Errand which enabled them to apply their masterful skills and unique style to crowd favorites from almost every genre.

​They joined forces again in 2013 when the duo reunited to perform in a South Florida event band.  Soon after, Dale and Kevin decided to form SPANK the band in order to return to their Rock & Roll roots.  Dale recruited  bassist Robert Sherber to complete the collective of musicians who deliver a fun, unique, party-rock experience to South Florida audiences.  Deja Elyze, a multifaceted singer-songwriter, rounds out the band with her stunning voice talent and dynamic stage presence. On special occasions, singer Ariel Bartolo-Kira gleefully adds spunk, levity and jaw-dropping vocals to the band.

Deja Elyze is a multi-faceted singer/songwriter with a stunning voice and an infectiously positive stage presence. Born in Hackensack, New Jersey, Deja began singing at local coffee shops when she was 5 years old, and branched out to sing in New York and tri-state area venues as her talents and reputation as a gifted singer grew.  As a tween, Deja’s family of avid tennis players relocated to Florida seeking warmer weather and enhanced competitive sporting opportunities.  Fortunately for Spank the band and music-loving Floridians, Deja chose the microphone over the racket, and has dazzled the South Florida music scene with originals and covers ever since.  In addition to countless performances at local venues, some of Deja’s more notable events include Pitbull’s Mega Stage at Calle Ocho, Sunfest, the Okeechobee Music and Arts Festival, the Florida Music Fest and opening for Jake Miller.


“Audiences tell me how amazing she is at every performance, and I can’t agree more!” says Spank's drummer Dale Reed.  “Deja’s vocal range is spectacular.  She nails songs by Pat Benatar and Janis Joplin that require a remarkably powerful voice, then turns around and sounds angelic with ballads.  Plus she is phenomenal to work with.”  That sentiment is shared not only by all members of the band, but by the music community as well.  As Music Director at the School of Rock in West Broward, Deja helps children and young adults grow their musical skills and more.  The band's bass player Robert Sherber says, “I’ve had the the pleasure to work with Deja at both School of Rock and Spank the band.  Students, parents, coworkers…EVERYONE adores her as a musician and as a person.  Our band is beyond lucky to have her as lead singer!” 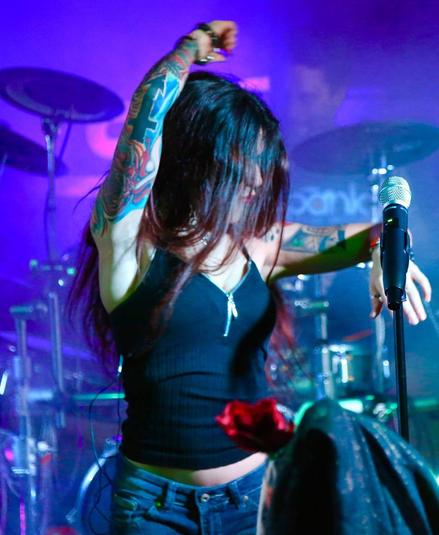 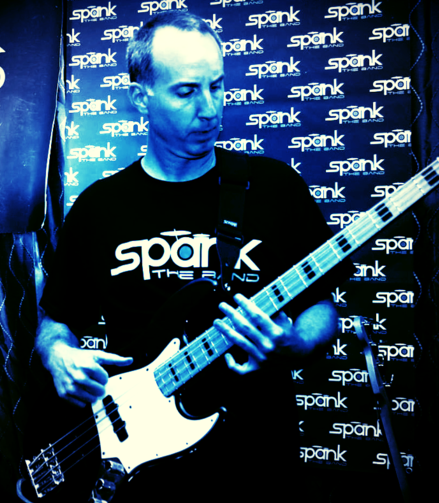 ​Spanking all of South Florida including Miami, Fort Lauderdale and the Palm Beaches.

Join the party with SPANK the band ​​

Born in Fort Lauderdale, FL, Ariel began guest-singing for local bands at the age of 12 and captivated audiences throughout elementary and high-school playing Rizzo in 3 different productions of Grease, Gigi in Miss Saigon, and numerous other musical-theater productions and talent shows.

At 17 Ariel joined her first cover band, and has performed with variety of Florida based groups such as Roses are Red, Soulflower, Serendipitous, Attica, Tone Rivers, and Pranava, an original Kirtan band singing mantra, and tribute bands including Iconic Women of Rock and True Rumors (Fleetwood Mac).

Ariel earned a Bachelor of Arts degree in Psychology at Florida Atlantic University and, in addition to her singing, teaches yoga and cycling at local health and fitness venues.  “A vision of mine revolves around the integration of my worlds: academia - the intellect, aerobics - the body, and music - the spirit, into a therapeutically healing practice," Ariel says, "in which I offer my whole, unified Self in sacred service.”

Ariel adds levity and a sprightly twist to the seasoned crew of musicians and the entire band agrees that they are lucky to have her jaw-dropping talent.  According to Dale, “Ariel brings an incredible energy and chemistry to Spank's shows, and that dynamic is magnified to the audience a thousand fold.  It is a blast to share the stage with her!”  Kevin ironically describes the nature-enthusiast as “A freak of nature”  Adding, “She is incapable of anything less than perfection."

A long-time member of the Spank family, Ariel's superb vocals can be heard with Spank on special occasions.